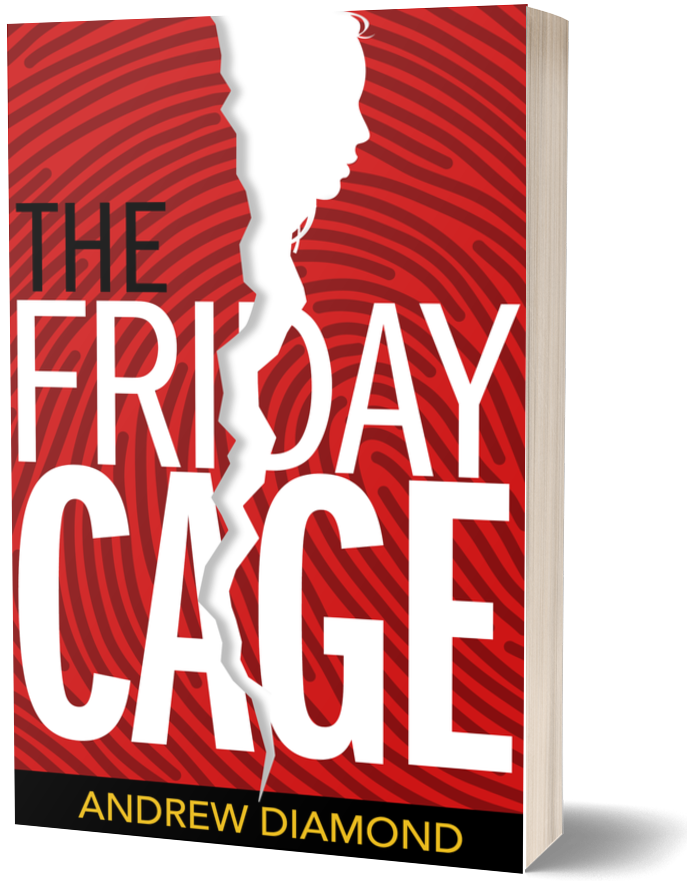 Someone new has taken an interest in Claire Chastain. He circles her house when she’s alone and follows her on errands across town. He tours her home while she’s away, leaving little things disturbingly out of place. He may even be involved in the recent death of her childhood friend.

But who is he? And what does he want?

Claire soon discovers that, like Cary Grant in North by Northwest, she’s caught up in someone else’s dark conspiracy, and she has no choice but to play the game. The only exit from her troubles will be the one she makes, if she’s smart enough to figure out when and how to make it.

A suspenseful crime thriller in the tradition of Hitchcock and Ross MacDonald, The Friday Cage features an exceptionally tough, sharp-minded protagonist who must do some soul-searching in the midst of her quest to survive.

“Fast-paced and exciting… ingenious and gloriously unpredictable…. one of the most compelling and odd private investigators in literature today.” - Jack Magnus, Readers’ Favorite

“Claire Chastain may be Diamond’s deepest protagonist yet. Anxiety, fear, grief, regret and the quest for survival and justice are constantly simmering under the surface… A deeply psychological crime thriller that perfectly captures the terrors of both murder and life itself. Highly recommended.” - BestThrillers.com

“Psychological growth and confrontations test Claire’s many abilities to survive and lead her to question her inclination to run away from some hard truths… Diamond’s ability to weave the greater mystery into her personal failings, shame, and self-examination process contribute to a believable character whose struggles are moving and action-packed. Readers who enjoy solid thrillers spiced with psychological depth and revelation will find The Friday Cage a compelling saga that moves in satisfyingly unexpected directions, keeping the reader engaged in the evolution of a character who never gives up, on either her pursuit or herself.” - Donovan’s Literary Services / Midwest Book Review