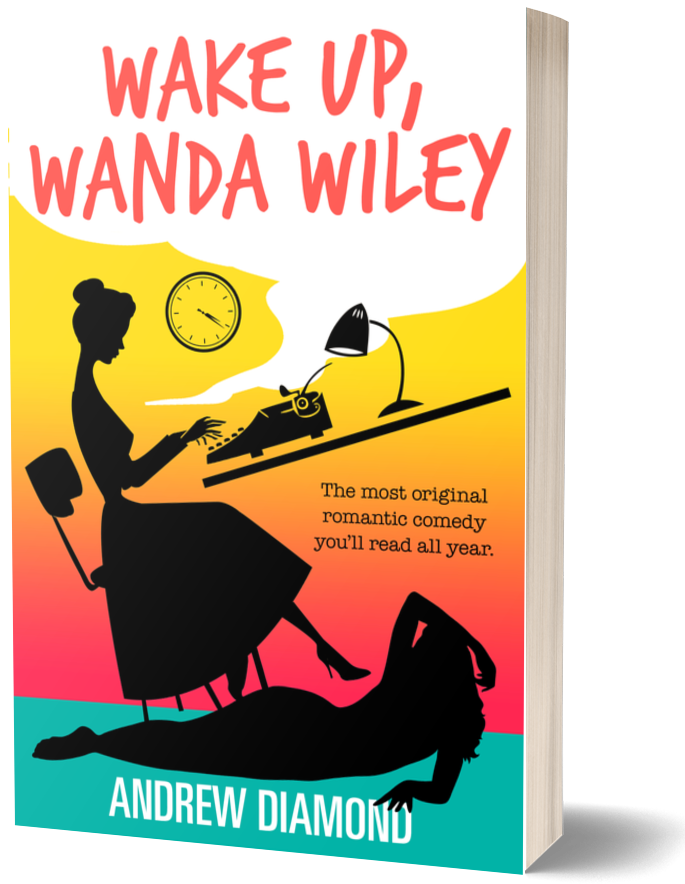 Hannah Sharpe has been written out of all eighteen of Wanda Wiley’s romance novels. A runaway heroine who won’t conform to the plots laid out for her, Hannah has been consigned to a realm of fog deep in the recesses of the author’s imagination.

Trevor Dunwoody, the protagonist of a macho action-thriller that Wanda has regrettably agreed to ghostwrite, is single-minded and obtuse, understanding only what he can beat up, shoot, or screw. Like Hannah, he’s a character Wanda doesn’t know what to do with. When he appears one day in Hannah’s fog world, she can’t convince him he’s in the wrong story.

Hannah knows she’ll be stuck in the limbo of Wanda’s subconscious until the writer can find a suitable story to cast her in. But Wanda, trapped in a disastrous relationship with the philandering narcissist Dirk Jaworski, is sinking into a deep depression. The pot she smokes to self-medicate impairs her ability to write and thickens the fog of Hannah’s timeless isolation.

As Hannah explains her predicament to the thick-headed Trevor, she begins to realize that she knows her author better than her author knows herself. If she can only break out of the limbo of Wanda’s subconscious and nudge the writer in the right direction, she can free them both.

But how can Hannah penetrate the fog of her creator’s mind from within? The answer is right in front of her in the form of the big, dumb, action-ready tool, Trevor Dunwoody.

Diamond’s prose is funny and barbed, particularly the dialogue between Hannah and Trevor. He takes aim at genre conventions and their unrealistic treatment of characters… Together, [the characters'] narratives make an argument for better fiction that is both clever and surprisingly compelling. A well-crafted literary satire with something to say about genre fiction. – Kirkus Reviews

…a bright and original rom-com with a cast of really enjoyable characters… Hannah’s exploits in the subconscious of her creator are sharp and extremely witty. She’s a hero anyone can root for, up against some intelligently drawn archetypes of popular fiction characters who slowly become more real and meaningful as the plot drives forward. Trevor is a hilarious example of this, whose role in the novel becomes surprisingly endearing as it goes on… Overall, Wake Up, Wanda Wiley is a highly recommended read for fans who are tired of the tropes and want something brand new to enjoy. It is, as the subtitle says, ‘The Most Original Romantic Comedy You’ll Read All Year.’ – K.C. Finn / Readers' Favorite