I’ve read a few of Leonard’s books, and this is my favorite so far. This one stands out from the others primarily for its portrait of the protagonist Mitch and his wife, Barbara. Leonard always does a good job of portraying criminals and people whose lives are on the decline. In Mitch and Barbara, he does an exceptional job of portraying two strong, intelligent people determined not to let their lives go down the drain. 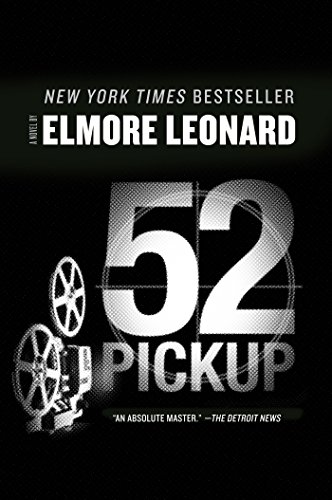 The strength and depth of Leonard’s portrayal of these two characters, and their marriage, surpasses most “literary” fiction. This book is included in The Library of America’s Four Novels of the 1970s, where a note in the back mentions that the novel was rejected 84 times. That just blows my mind. How could a book by an established author, a book with both an extraordinarily high calibre of writing and obvious broad appeal be rejected so many times?

I’m glad he stuck with it. The Library of America edition (ISBN 978-1598533057) also includes Swag, which doesn’t have the same depth, but is a good thriller and a great read.