Blood on the Moon by James Ellroy

James Ellroy’s Blood on the Moon introduces LAPD Detective Sargent Lloyd Hopkins, a “genius” homicide investigator with a reputation for solving tough cases. First published in 1984, the book contains what are now a set of common tropes. 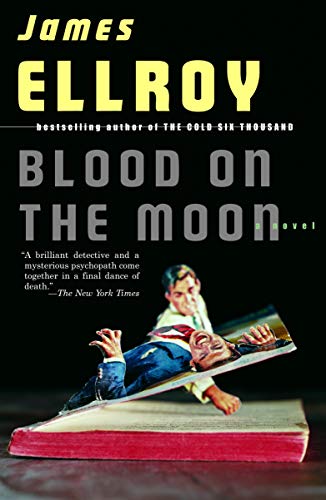 Hopkins is a rogue cop working against the strictures of the department that employs him. His self-sworn duty to protect the innocent is born of his own childhood trauma. He can be as single-minded, violent, and relentless as the killers her pursues. He understands how they think because the traumas that distorted their minds are similar to the ones that shaped his own. Finally, as the author himself notes in his preface to the L.A. Noir trilogy, the final climax wherein the cop must fight the psychotic killer one-on-one has since become a cliché.

None of this makes the book feel stale. If these tropes have become common, it’s because they’re compelling, especially in the hands of a good writer. Ellroy tells a hell of a story and has an extraordinary ability to weave a complex plot in which the many strands come together in unexpected ways.

Ellroy paints a dark portrait of early 1980s Los Angeles. Somehow, his world manages to be harder and more bleak than those portrayed by Jim Thompson, James M. Cain, David Goodis, Cornell Woolrich, and Horace McCoy. In their novels, you feel like you’re following a few unfortunate characters stuck in a hellish corner of society. Blood on the Moon makes you feel like the whole world is hell.

The violence is graphic and disturbing. Many of the cops are crooked or not very bright or both. The LAPD is corrupted by ego and internal politics. The streets are crawling with prostitutes, drug dealers, scammers, and killers. Lloyd Hopkins' own home is a place of strife. His marriage is crumbling while his childhood home is a place of near despair. There’s little break from the darkness.

In his essay The Simple Art of Murder, Raymond Chandler said that the detective hero “must be the best man in his world and a good enough man for any world.” Lloyd Hopkins, the best man in his world, is impulsive and short-tempered. He can be violent, even against his friends and supporters. He’s a compulsive womanizer. If this is the best man the dark side of Los Angeles could produce, what kind of world was that?

Ellroy does an excellent job in portraying his killer’s inner demons and how they manifest. His account of how Hopkins tracks the man down is riveting.

This is a well-written tale that brings a whole seedy world to life. The story will keep you turning the pages, but the darkness of it will weigh on you even after you’ve finished.

I may read the remaining books in the Hopkins trilogy, but I’ll need a break first, a little daylight in between these descents into Ellroy’s hell.