This book is dark, in the vein of Jim Thompson and Elliott Chaze. It starts out with a guy who’s troubled and hiding from life. In fact, he’s engineered his whole life to avoid entanglements, responsibilities and feelings. 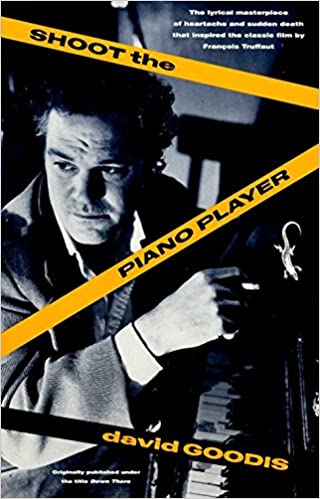 Then, when he gets drawn into his brothers' criminal troubles, along comes someone who takes a real interest in him. She’s mentally and emotionally tough, and he can’t quite deal with the gift she’s trying to give him. If you’ve read much of Jim Thompson, or Chaze’s Black Wings Has My Angel, you’ll have a sense of how this one is going to go.

The writing is a little uneven in the first two chapters, and I almost put this one down, but I’m glad I stuck with it, as dark as it was. The dialog comes off as dated, which is OK, but one of the stranger things in this one is the sense of time. A guy walks 15 feet across a room to punch another guy, and in that time, there’s twenty lines of dialog. The fight scenes are also very 1950’s, with guys getting in boxing stances and trading hooks and jabs.

Underneath all that though is a very human story about some people who don’t have the best lot in life and are not dealing all that well with the hand they’ve been dealt.

Cropper's Cabin by Jim Thompson
Q and A: On Writing
Devil in a Blue Dress
The Deep Blue Good-By
Readers and Viewers
The Case of the Velvet Claws
The Religions of Man
The Expressman and the Detective