This is a sequel to Gate 76 , which was named a 2018 best book of the year by both Kirkus Reviews and BestThrillers.com. 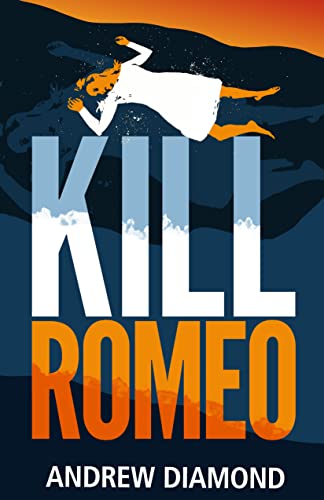 Not since he saw a woman hurry off of a jetliner shortly before it exploded in mid-air (Gate 76) has detective and former boxer Freddy Ferguson faced such a deadly puzzle as when he comes across the body of a well-dressed young woman, nameless and unidentifiable, deep in the woods of rural Virginia. In her room at the town inn, she left two mysterious notes hinting at a love gone wrong.

The trail to her killer leads through organized crime, espionage, and the international race for technological supremacy to a seemingly unremarkable man the FBI and CIA have been trying for years to pin down.

“A consummate thriller with some of the best characterization you’ll see all year.” - Kirkus Reviews (starred review - named to Kirkus Reviews' Best Books of 2018)

“One of the year’s best thrillers.” - BestThrillers.com

“[Freddy Ferguson] doesn’t see his own goodness, the spark of caring that sets him apart from his brutal upbringing… Freddy doesn’t believe in much of anything, not even justice. He does believe in following his instincts and doing the right thing, even when it may lead to his destruction.” - Sharon Vander Meer, One Roof Publishing

Eight Million Ways to Die
Black Wings Has My Angel
First Draft of a New Novel: Gate 76
Help Design My Next Cover
The Case of the Velvet Claws
(Low)life by Charles Farrell
Loose Girl by Kerry Cohen
Ireland, June 2016