I just finished a draft of a new novel, tentatively titled Evidence of Aggression. This one features a strong female lead who gets caught up unawares in a Hitchcock-style thriller that unfolds in my old hometown of Washington, DC. Think North by Northwest in current day DC, with a sharp, strong-willed woman in the Carey Grant role. 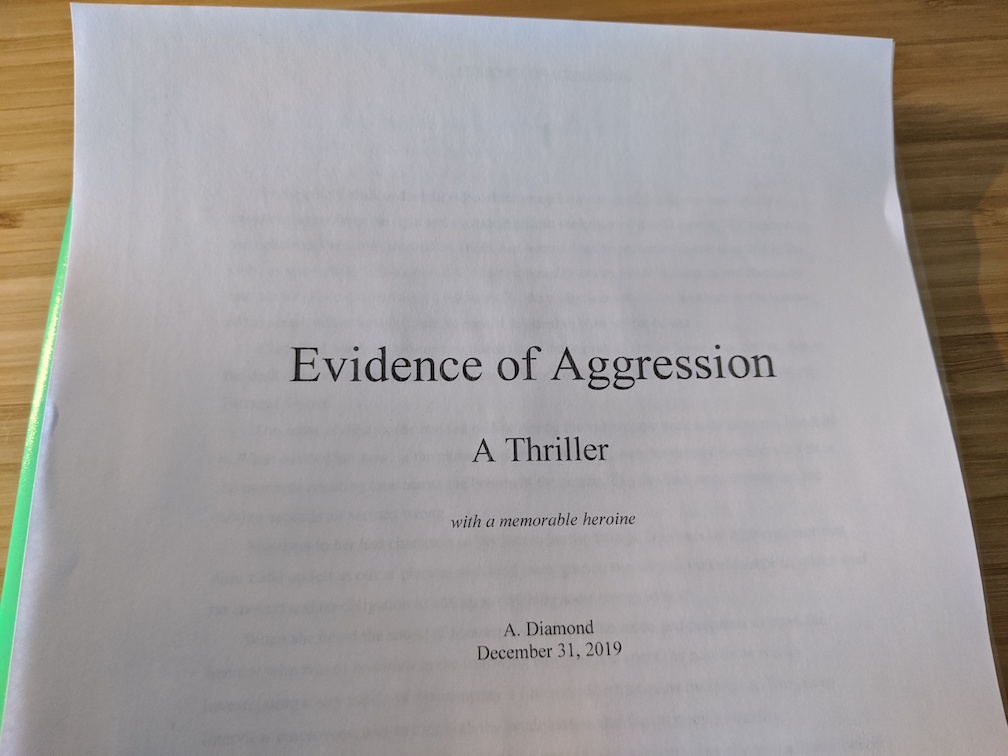 My heroine’s stength lies in her strong mind, unusual powers of observation, and ability to keep her cool and think her way out of tough situations.

My wife, Lindsay, gets first crack at this one. She’s a tough audience, so we’ll see how it fares with her. If all goes well, the book will be available sometime in 2020.

Update April 30, 2020: After extensive edits, this book is almost ready for the proofreader. We’re changing the title, possibly to Hidden Truths, and it may (no promises) be the beginning of a series.

Update December 6, 2021: The final title for this one is The Friday Cage, and it has a sequel called The Reisman Case.