In a Lonely Place by Dorothy B. Hughes

This is a brilliant book by a brilliant writer. Unlike so much contemporary genre fiction in which killers are portrayed as inhuman two-dimensional monsters, Hughes portrays Dix Steele as a human being gone horribly wrong. Though the story is told in third person, we see the world from the killer’s perspective. We occupy his unsteady mind as he becomes increasingly unhinged, and we see how his actions arise from feelings that most people experience as difficult and uncomfortable but that he experiences as intolerable, torturing, and unresolvable. 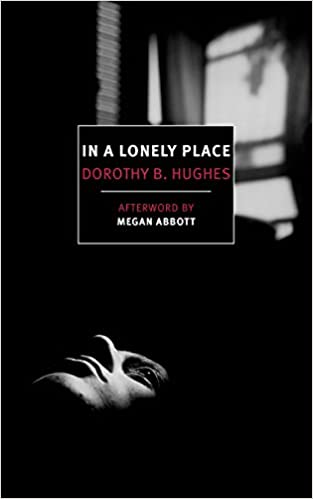 The novels of Jim Thompson and Patricia Highsmith are obvious descendants of this one. Those two writers, along with Hughes, have a combination of insight and descriptive power that allows you not only to see, but to feel and inhabit some disturbing forms of human psychopathology. Unlike many noir novels, in which women are either femmes fatales or victims, the two primary female characters in this book are strong, clear-eyed, and wise. All of the characters are fully drawn, and the tension builds consistently throughout. It’s a hard to book to put down, and it you continue to feel even after you’ve finished it.

Initial Cover for The Friday Cage
Johnny Manic Is on Sale
First Draft of Book Number Six
In a Lonely Place by Dorothy B. Hughes
Red Harvest by Dashiell Hammett
In Memory of O'Neil McGean
The Power and the Glory
Indie Reader Interview