Hallas' novel opens with Richard Dempsey returning from a long day’s work at the diner to an empty house. Before he enters, he knows from the darkened windows that his wife has left him. Inside, he learns she’s taken their son and the family savings. She says he’ll never find her, but he knows she’s always dreamed of going to Hollywood. 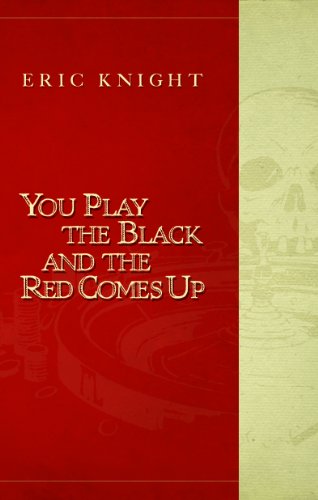 This is Oklahoma in the late 1930’s, in the midst of the Great Depression and a crushing years-long drought. The world of glamour and sophistication that Hollywood painted on the silver screen in those days must have looked like heaven compared to the stark and pitiless world in which Richard and Lois had been living. Richard Dempsey doesn’t blame his wife for leaving. Who wouldn’t want to trade such a grim reality for a shot at one that was so much brighter?

Dempsey wants his son back, but with only two dollars and change to his name, his only chance of getting to California is to hop a freight train and ride with the hobos. Dempsey barely survives the multi-day journey, locked inside a freight car with dozens of other men by cops who want to push all the homeless out of the Western railroad towns and into California. Dempsey and his pack of fellow travelers, after being ripped off by cops and by each other, nearly roast as the sweltering box car crosses the desert, and nearly freeze as it crosses the mountains. Dempsey arrives in California exhausted, dehydrated, hungry, and broke, but still determined and full of hope.

The novel that seems to be about a man winning his family back turns out not to be that at all. Dempsey, now a drifter, winds up falling in with a number of shady characters, hustlers and survivors who are doing what they have to do in a failing economy that has no place for them.

Dempsey befriends a film director, gets roped into a scam with a con man from a gambling house, meets a couple of heavy-drinking divorcées, and then… Well, since this book is more about plot than character, I won’t spoil anything. Let’s just say the action rolls along at a very fast clip, and not always in the direction you expect.

Hallas' book reads like a noir version of The Grapes of Wrath. Imagine Raymond Chandler and James M. Cain co-writing a condensed version of Steinbeck’s novel, and swapping out the Joad family for an inarticulate loner with an unfortunate instinct for trouble.

The populist left-leaning political movements of the era that Steinbeck portrayed with a visceral sympathy are mocked with withering satire here. And that’s not because Hallas lacks sympathy for the plight of his characters. He’s just a little less earnest than Steinbeck, and a little more cynical. In this book, the impossible promises of populist politicians merely play on the desperate hopes of the oppressed, who are willing to replace the knaves in power with fools who actually believe the utopian vision they are peddling.

Hallas' prose is lean and spare, like Cain’s, and the mid-1930’s Los Angeles it portrays is very much like the one Philip Marlowe inhabited, with people from all tiers of society drinking and misbehaving together in a corrupt and decadent city with plenty of flash and little substance.

Hallas' novel was published in 1938, a year earlier than Steinbeck’s, so you can’t call it derivative, though its stark portrayal of the Okie migration bears striking similarities to the journey Steinbeck portrayed in greater detail. It was also a year earlier than the first of Chandler’s Marlowe novels, The Big Sleep, though Chandler had been publishing in magazines for several years before You Play the Black appeared.

All three books bear similar themes of California as the land of promise and disappointment. One of the main characters in Hallas' novel, the successful movie director Quentin Genter, tells Dempsey that the Southern California climate makes people foolish and delusional. They cross the mountains from the east and lose their judgment and perspective, ready to accept the most outlandish ideas and practices as sensible and normal. Genter prides himself on being the only man in Los Angeles who actually knows he’s insane.

After a series of improbable and increasingly desperate escapades lead him further and further from the life he wants, Richard Dempsey reflects:

If you like the crime and noir fiction of the 1930s and 1940s, you’ll like this book. It’s a quick read that never bogs down. It was a bestseller when it was published, and it must have captured the mood of the country. “If you prefer sweetness light,” said the review in the San Francisco Chronicle, “you’ll think this book is just horrid.”

[Notes on names: Eric Knight wrote this book under the pen name Richard Hallas. The narrator, known alternately as Richard or Dick, never gives his true surname, but his friend Smitty “always called me Dempsey right from the first because he said I was kind of built like the champ. I got used to it.” The title refers to the Murphy’s law of the roulette wheel, where the ball always seems to land on the color you didn’t pick. That metaphor works for both the main character, in whose life nothing seems to go as planned, and for the reader, who is constantly trying to predict the next plot twist, and keeps coming up wrong.]