North and Central by Bob Hartley

Bob Hartley’s North and Central opens in a bar in a working neighborhood of Chicago in the late 1970s. Andy, the bartender/narrator serves a clientele of factory workers, drunks, neighborhood characters and cops, many of whom are as brazenly corrupt as the city’s infamous politicians. 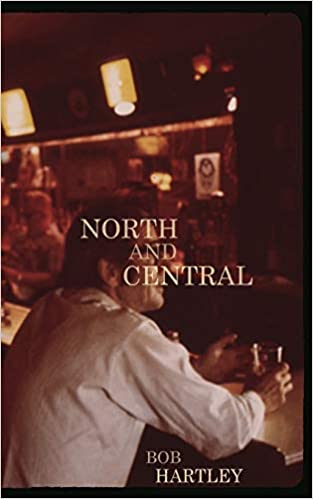 From the opening chapter, which depicts the bar’s collection of oddball regulars exchanging crude insults, you might get the sense that this book is going to be something like Animal House meets Goodfellas. It’s not that at all. This is one of those rare volumes that deeply rewards a reader’s patience.

Andy’s bar, which he inherited from his parents, is the social hub of the neighborhood from which Andy’s narrative traces a deep, enduring web of relationships. At its heart, this book is part crime novel, part ethnography, and part memoir. It does all three exceedingly well.

In the relationship between Andy his best friend Jerry, a corrupt and morally bankrupt cop, we see how the neighborhood bonds both support and drag down the members of a community in steep decline. Jerry’s antics on the job are amusing and appalling at the same time. “He was my best friend,” Andy says of Jerry, “but that didn’t mean I had to like him.”

Jerry’s wife Rita, Andy’s first and only love, is a sharp-eyed realist doing her best to survive and to help those around her get by. The dynamic between those two complicates Andy’s friendship with Jerry, binding them more tightly and making them resent each other.

Jerry’s partner on the job, the bible-quoting Reverend, is as corrupt as any cop out there. The fact that a god-fearing man who lives a clean life can be so crrooked on the job goes to show how venal and corrupt was the city that raised him.

As the book goes on, Andy finds himself caught in a tightening social web from which he cannot escape. Like the best crime novels of the 1940s and 50s, North and Central reads like a tale of invetable fate, and the protagonist isn’t some bad guy you root against or shake your head at. He’s you or I caught in an impossibly bad situation.

This book has an unusual consistency between prose, character, setting, and plot. All of those elements are in perfect tune, an exceedingly rare achievement that makes it all ring true. The further you read in this book, the deeper it gets, and it’s a testament to the author’s skill that he’s able to convey such depth of character and feeling in simple, straightforward language.

I hope this book gets the attention it deserves. It’s rare to find a work so well done.

The Late Monsieur Gallet
Johnny Manic Is on Sale
A Cool App with Real World Value
An Air That Kills by Margaret Millar
Chasing Phil by David Howard
Authenticity, by Dierdre Madden
1414° by Paul Bradley Carr
Bring Him Back Dead by Day Keene