The Power and the Glory

I’ve read many of Greene’s books, and this is the most powerful and intense of the lot. The book follows the travels of a priest on the run from a communist regime that has sworn to abolish religion, and has got rid of every priest in the state, either by execution or by forcing them to marry. The “whiskey priest” is the last in the state. He’s been on the run for years and is wearing down. 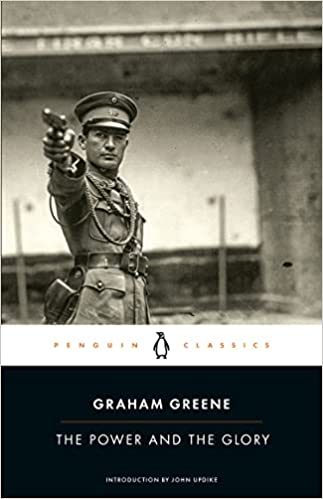 The book is a study of faith and doubt, human weakness and the limits of endurance, compassion and cruelty. It has the sustained intensity of Tennessee Williams' Night of the Iguana, and in many parts, the bleakness of JM Coetzee’s Disgrace. You could even call it a dystopian novel, as it portrays the living conditions and the oppression of mind and spirit in a state ruled by an unyielding communist dogma that seeks to improve the world by exterminating all who refuse to conform to its ideas.

It’s rare to find a book anywhere with such sustained depth of insight. I’ll have to read this one two or three more times to really absorb all that’s in it.

A Kiss Before Dying
E-books and Pricing
Eight Million Ways to Die
Collected Millar: The Master at Her Zenith
The Hot Spot by Charles Williams
The Door by Magda Szabo
In Memory of O'Neil McGean
(Low)life by Charles Farrell