The Long Dry by Cynan Jones

In this extraordinarily beautiful and deep short novel, author Cynan Jones follows four characters through a summer day on a draught-stricken farm in Wales. Gareth begins his day by checking on two cows that are due to give birth. He finds the first one in the barn, kneeling beside her stillborn calf, “lowing sadly and gently.” 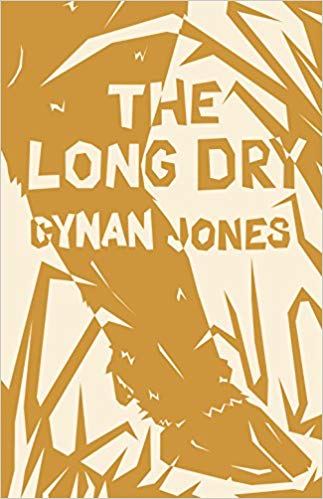 The second has disappeared, wandered off in the night to god knows where. Gareth sets out to find her, but first:

He took the dead calf by its ankles and lifted it from the straw that was bloodied by birth, not by the calf’s death. It was strange because the mother had licked the calf clean. He thought of the mother cow licking her calf and not understanding why it would not stand clumsily to its feet, its legs out of proportion, its eyes wide. Why the incredible tottering new life did not come.

As we follow Gareth on his search for the second the cow, we get a tour of the farm, the neighboring properties, and the bog. We also meet his wife Kate, his son Dylan, and his daughter Emmy. Every inch of this world is teeming with life, death, and memory, and the extraordinary power of this book comes from the author’s use of simple, direct language that is always tied to objects and creatures in the physical world, to natural processes and elemental needs that affect every living thing.

The farmer and his family–especially his daughter Emmy–are deeply aware of and viscerally rooted to the physical world around them. Even the insects can’t go unnoticed, from the cuckoo bee who invades the bumblebee’s nest to the flies that torment both the cow and its owner, to the lacewings that Emmy distinguishes from fairies. The lives of every being in the story are deeply intertwined, and like the thirsty pregnant cow wandering lost through the bog, most are driven by forces they feel but cannot fully understand. The dynamics between Gareth, his wife Kate, and their daughter Emmy are particularly complex, based in part on secrets, lack of communication, and misunderstood desire.

As Gareth searches the bog for his missing cow, he notes the skeletons of other animals who have perished there. The ones who wandered in during the wetter seasons got stuck and died, years or decades ago, and only now, in the drought, does the earth yield up evidence of their being. In reading his father’s handwritten memories, Gareth notes the old man followed a similar process as he tried to recall the important events of his life: it was as if he had drained the water from the landscape of his memory and let the earth reveal what was below the surface.

Memory and real care sit under the surface, like still reservoirs waiting to be drawn from.

It’s easy, he knows, to take from the surface of things, like dipping a bucket into water self-consciously: you can call up these things. But when it comes up unbeckoned, without self-control, set off by some scent in the air, or fear, you can be shocked by its depth, which you hold in yourself all the time.

This book will linger in your mind long after you’ve finished it. The vivid imagery, the depth and simplicity of the prose, and the richness of the world the author creates are like magic.

American Kingpin by Nick Bilton
Ordo, by Donald Westlake
Two More Nice Reviews for Gate 76
I Am Legend by Richard Matheson
Why I've (Mostly) Stopped Reading the News
First Review of Wanda Wiley
Producing a Book Is a Lot of Work!
Beast in View by Margaret Millar