This seems like the prototype of American crime/noir novels. At just about 100 pages, it’s quite short. Cain doesn’t waste any time in getting to the story, or any words in telling it. In fact, many of the chapters read like a screenplay, with lots of dialog and little or no narrative. The dialog isn’t even tagged, meaning there’s no “he said” or “she replied.” Sometimes you have to back up half a page and re-read, just to keep track of who said what. 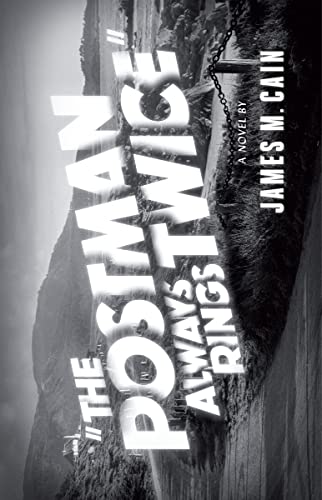 In the early chapters, the first-person narrator gives little or no description of his internal emotional state, or his understanding of the situation. You see him mainly from the outside, even though he is narrating. All that leads me to believe that the book was conceived more as a screenplay than a novel.

But don’t let any of that dissuade you from reading this. It’s an excellent book. And in fact, it was made into a film several times. The characters of Frank and Cora develop a surprising depth over time. Top-notch crime novels like this and Jim Thompson and Elliott Chaze’s Black Wings Has My Angel are the modern inheritors of the tragic tradition, handed down from the Greeks through Shakespeare to these guys.