A Kiss Before Dying

This is an excellent mystery/suspense novel, with plenty of twists. It’s exceptionally well plotted, and I enjoyed Levin’s clear, straightforward writing. 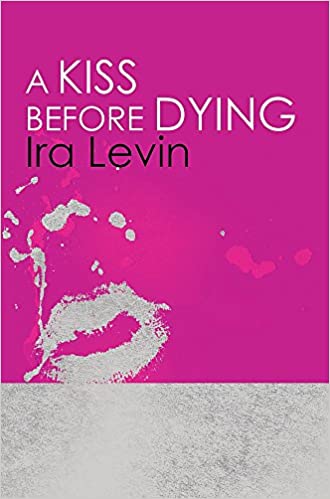 I read Dorothy Hughes' “In a Lonely Place” just before reading this one. The books have some things in common. Both follow a disturbed young man, both men are about the same age, both are World War II veterans, both yearn for a life beyond their reach, both are murderers, and both target women.

Levin’s protagonist, Bud Corliss, is a gold-digger, striving in part for wealth he simply can’t attain on his own, and in part to live up to his mother’s high expectations, and the lofty image of himself that he had built in the eyes of his classmates during high school.

It’s no mistake that his last name is Corliss. He has the empty core of a person suffering from borderline personality disorder, and in his relationship toward others (particularly women), he displays the behavior pattern characteristic of borderline sufferers. He’s either obsessive, manipulative and clingy, or filled with violent and contemptuous hatred. There’s no in between. It’s like a light switch that’s either on or off.

Hughes' protagonist Dix Steele in In a Lonely Place is similarly psychologically disturbed. He’s darker, more frightening, and more unhinged than Bud Corliss. Bud’s manipulation and violence grow from greedy, cold-eyed calculation, so they at least have a seed of reason in them.

Like Bud Corliss, Dix Steele feels the world owes him more than he’s able to obtain, and like Bud, he’s not willing to work for it. Steele’s manipulation and violence arise from deeply unstable emotions. While conversing with a woman, you’ll often see his thoughts swing between wild admiration and uncontrollable hatred. The swings can happen five or six times in a period of minutes.

When Steele finally does hook up with a woman who’s interested in him, he’s instantly in love. Like Corliss, there’s no in-between. Steele’s insecurities make him jealous, possessive, manipulative, controlling, and ultimately smothering.

Hughes and Levin wrote similar stories about similar characters, but chose to develop very different angles. Levin’s protagonist is chilling, and because of its brilliant plot, the story is a masterpiece of mystery and suspense.

Hughes' book is more disturbing. She chose to pursue character over plot. There’s never a question of who the killer is, and the suspense comes not from plot twists, but from delving so deeply into the pathological thoughts and emotions of a deeply damaged, suffering and destructive person.

Try reading these two books back to back.

The Expressman and the Detective
I Heard You Paint Houses
The Knife Slipped
The Greatest Hoax on Earth by Alan C. Logan
The Late Monsieur Gallet
The Stepford Wives
Target: The Girl
The Ministry of Fear by Graham Greene