The Religions of Man

This is a good overview of the basic tenets and flavor of world’s major religions. I found the sections on Hinduism and Islam to be the most interesting. Before reading this, I knew very little about the fundamental beliefs of Hinduism, other than what had filtered through in my readings of Alan Watts. I knew more of Islam, having read some of the Koran. 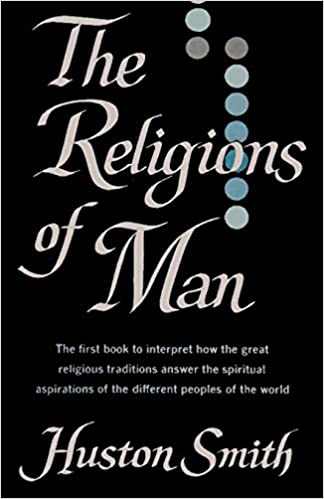 Smith spends most of the section on Islam writing about the historical context in which Mohamed lived, the formation of his ideas, and the course of his life after his initial revelations. The Arab world, at the time Mohamed appeared, was sorely in need of faith, law, and order, and he gave them all those things.

One interesting aspect of the reading is to see how far in practice some of these religions are from their own principles. Hinduism presents an incredibly rich and broad view of the universe, but in practice, it hardened into a caste system that everyone from Buddha to Nehru have worked to loosen. Christianity and Islam are the two great religions of tolerance, understanding, love, and mercy, but the fundamentalists in both are renowned for being entirely devoid of those qualities.

If you’re looking for an overview of the world’s religions, this is a good place to start.

What's Wrong with Genre Fiction?
Beast in View by Margaret Millar
Writing and Selling
Misreading
Gate 76 Gets a Starred Review from Kirkus
Amazon Names Impala One of the Best Books of September
First Review of Wanda Wiley
In Memory of O'Neil McGean